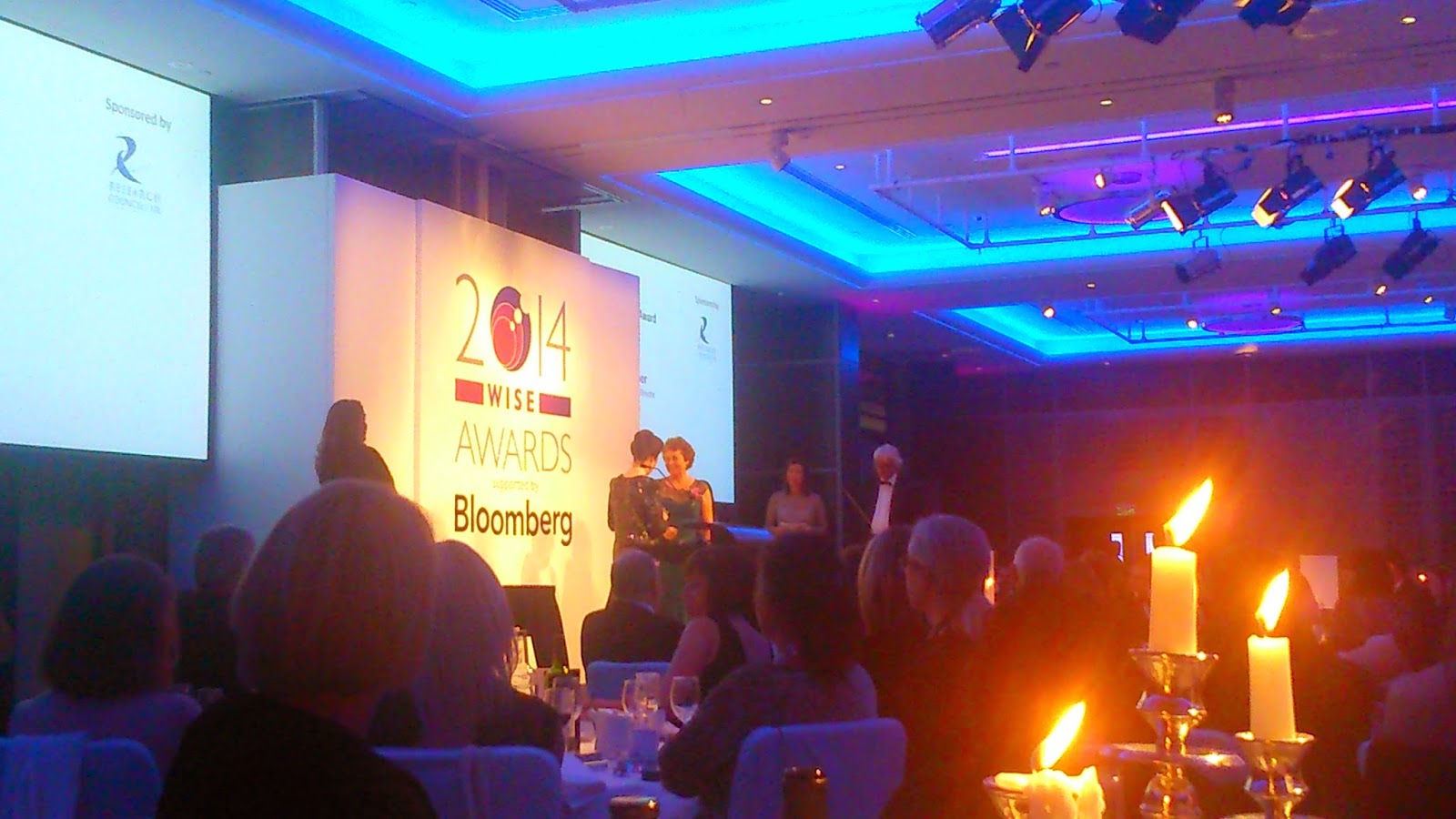 The WISE awards are known as “the Oscars of the Scientific World” . They recognise and celebrate individual women and girls who are ideal role models to inspire the next generation of girls to go into STEM careers, as well as the teachers, careers advisers and women in leadership who support and grow the talent pipeline.

I was honoured to have been asked to be a judge for this year's awards, especially as it meant I could attend the gala dinner where the awards were presented to the winners by HRH Princess Anne. It was  a lovely evening, and I got the chance to meet and talk to some amazing and inspiring women in STEM.

Further details of the awards, details of all the nominees, and the list of all the winners can be found on the WISE website. I'd also really like to encourage everyone who reads my blog to seriously think about their friends and colleagues and if they think someone would be a good fit for an award, then please nominate them!

WISE also held a daytime event  at the Southbank Centre that day (Thursday 13th November), entitled “Time for Action: The STEM workforce we want to build for the next 30 years”, where they formally announced the release of their new report “ ‘Not for people like me?’ Under-represented groups in science, technology and engineering”

That session was particularly interesting, as it made us think about how we describe ourselves (say, if we were at a speed-dating event). I describe myself by what I do, along with half of the people in the room at the time. The other half described themselves by what personal attributes they have. Job adverts recruiting for STEM posts need to reflect this.

Also in job adverts - the language used in them can be very off-putting for women. Things that are especially off-putting are if the company appears to be "arrogant", if the advert is unclear about what the job actually is, and if there is no salary quoted.

Another point was made that it's not enough to talk about the outputs of a piece of work ("we built a bridge"), but we should also talk about the outcomes ("and this joined a community together"). This resonated with me, because the reason I do science is because I want to change the world for the better, even if only in a little way. (Another motivator is "being an expert", which I admit works for me too!)

All of the points made (and there's many more in the report - well worth a read!) are backed up by full references. The author, Prof Averil Macdonald, really did a good job on making it accessible and readable, while at the same time backing up every assertion she makes.

WISE are pushing to get "1 million more" women into STEM, on the groups that that number would take the total women in STEM proportion up to 30%, which is generally accepted as critical mass. It's not going to easy, but tackling the way STEM is presented will be a good start. As Imran Khan (Chief Executive - British Science Association) said during the panel discussion: "It's not about changing the girls, it's about changing the science". And changing the way that science is taught in schools - we should be teaching the methods of science, not just teaching the facts.

Another session that was really great was the workshop presented by the Institution of Civil Engineers (ICE). It started with the usual statistics and plots, but then went and got a group of five young apprentices to tell their story about how they came to be an apprentice. These girls were amazing! All of them had a non-standard route into their jobs, common themes included failed exams, or not getting the right grades, or having chosen the wrong subjects at school (which makes me even more sure that the way the UK's school and exam system insists on specialising in a limited amount of subjects at age fifteen really does cause problems!) It's these type of stories that we need to be publicising. After all, if we want to do it all, we just have to do things a little differently.